Its time! Its Vagos time! You know, that one Portuguese festival named after a gang from GTA: San Andreas… what? You mean the town is actually called Vagos? What a coincidence.

Our first time at Vagos Metal Fest went as expected, after paying for an overpriced ticket and looking at the huge swamp that the organization called “camping grounds”… we came to the conclusion that one of the rumors that circulated the internets was actually true. 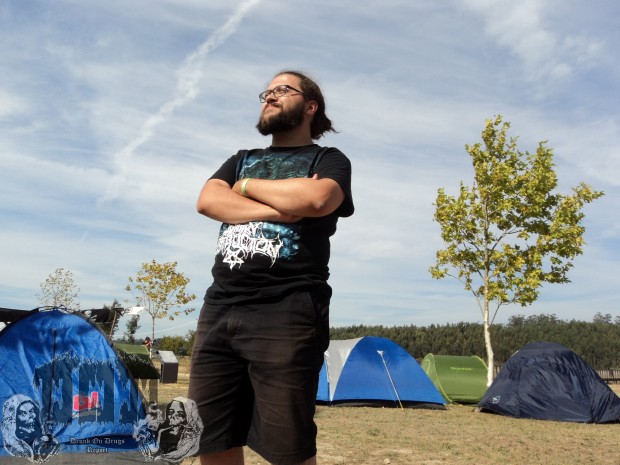 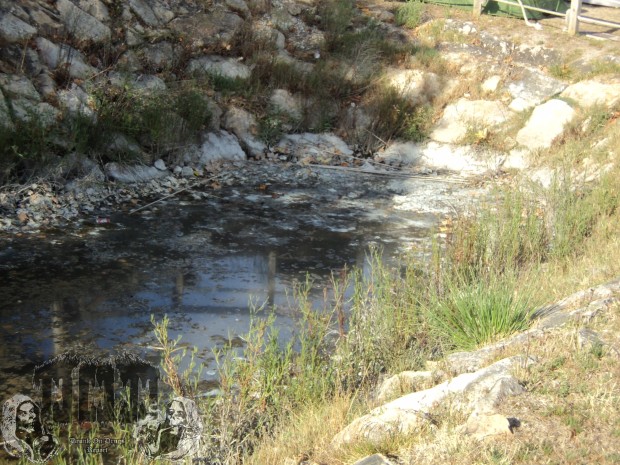 The camping conditions sucked balls, the place reeked of stagnant water and you could actually see mosquito larvae in it… just playing around like the little future blood sucking sperms they will become. Hell, if you had enough resources to build a shack you could actually be a swamp redneck at a metal festival.

The security wouldn’t allow us to enter with glass bottles, so, we smuggled all of our booze in anyway… actually everyone smuggled booze inside the fest pretty easily. The security was strict enough to find the C4 charge I had hidden under my balls but not enough to see the huge beer bottle up my ass. 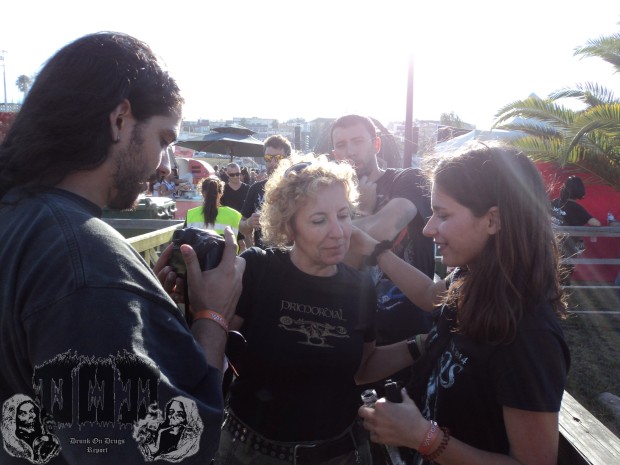 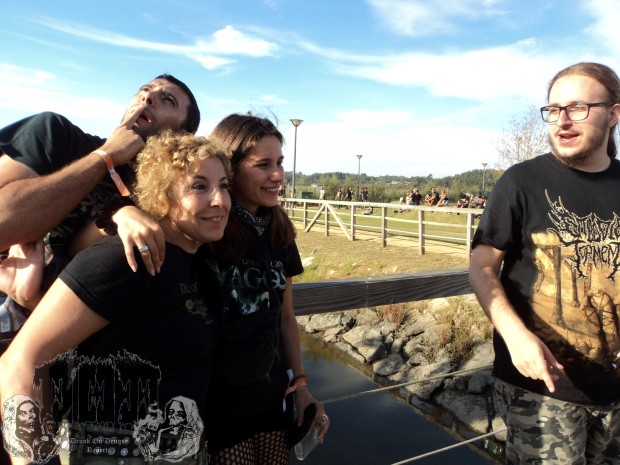 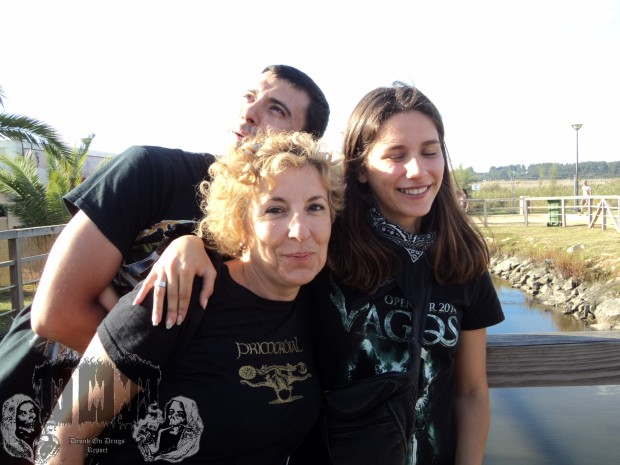 There was no shade in the camping grounds so people had to either go to sleep early and freeze to death or die roasted in the morning due to the high as fuck temperatures. After a quick meal we headed in to get our tickets and holy shit I had never seen so many pixels on a bracelet before, the already lame ass logo looked even worse in 360p and in a vomit orange color… even worse than Hugh’s clothes after a minimal amount of alcohol. 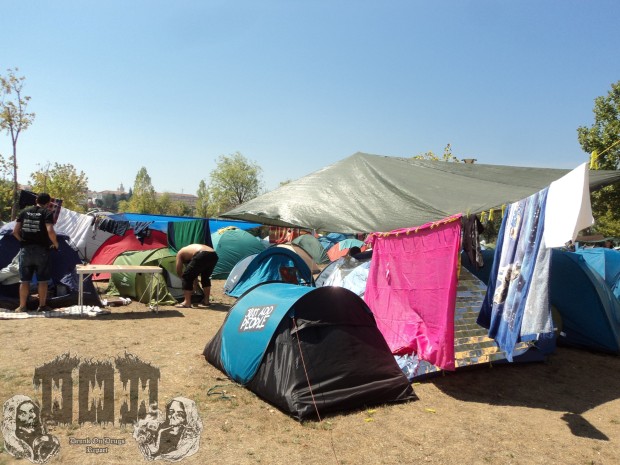 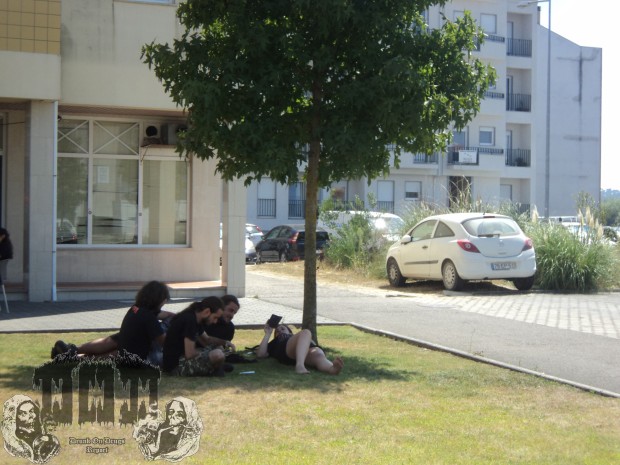 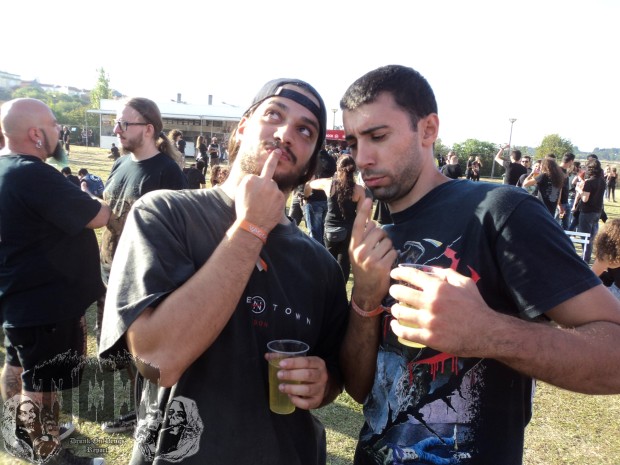 Heading inside we were met with the brutality of “Implore”, the one band no one knew and still everyone was moving their empty little heads to. “Thanks for checking out Implore even though you don’t know us!” and the band was right, the little kids that made up the majority of Vagos’ attendance had no idea what the band was playing and surely didn’t get the joke when the band openly mocked them. 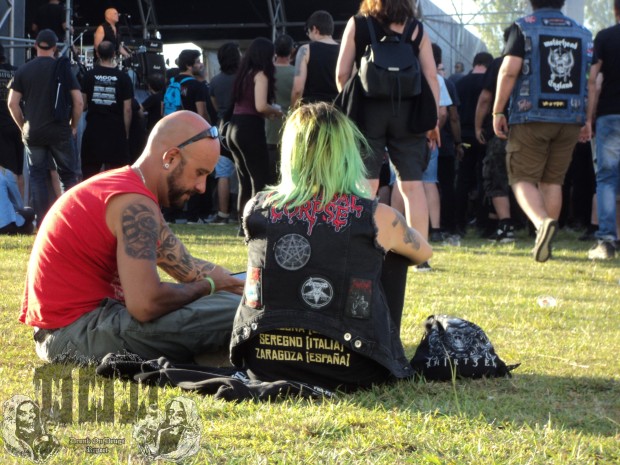 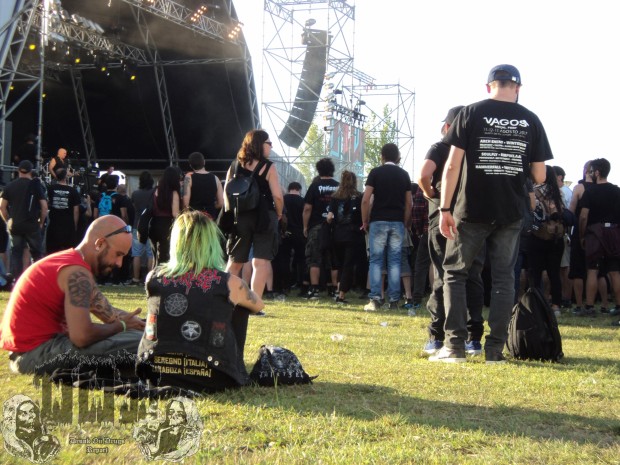 They smashed, even though the sound was shit and only got fixed before “Primordial’s” turn, it mixed well with the bands rawness and pure aggression. I’m still pointing my finger at it because it’s cool to talk shit about VMF and the other more mainstream shows.

Next came “Brutality Will Prevail”, which honestly didn’t sound so brutal from my tent… the heat was ruining my ice box and I can’t stand warm Russian beer… so I had to chug a few down before the festival was completely ruined for me. I paid for the ticket, we are too much of a “small” webzine for people to give us press passes for mainstream shows so I was going to enjoy it my way and get my money’s worth.

“Hills Have Eyes” is one of those extremely gay metalcore bands, you know, those I actually enjoy but can’t admit it or my other brutal and true friends will make fun of me… even though they have their own equally disgusting guilty pleasures, I admit it, they were good but the shitty sound quality ruined the gig for me, they deserved better.

Finally… some squeaky grandpa metal, “Metal Church” time! The vocalist sounded like he had been smuggling beers in his ass as well, maybe even a bigger bottle than mine because his voice was so high pitched, I couldn’t tell the difference between him and the little dudes in the crowd. 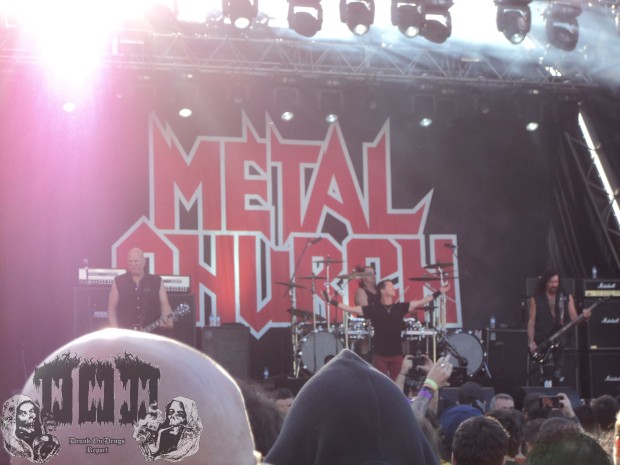 They gave the old classic heavy metal gig, attracting all kinds of cavemen metalheads that don’t realize they are getting too old to drink like the good old times. They gave a nice distraction to the sound problem that continued to destroy the concerts quality.

Finally the sound guy came back from his little nap and got around to doing his job. It was time for “Primordial” to take the stage… the first fully enjoyable gig of the day with the sun setting and people finally being able to take their hats and sunglasses off… Finally, we can stare at the stage without getting fucking eye cancer and a nosebleed, felt good – (I missed their show at SWR due to having to take a very, very urgent shit). 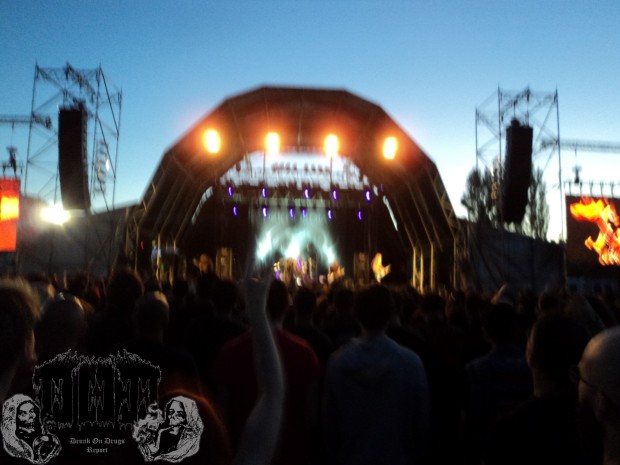 This time I was able to watch the whole gig, and what a hell of a show it was… not the hardest hitting band of the day, but good enough to spice things up, it was starting to get enjoyable. 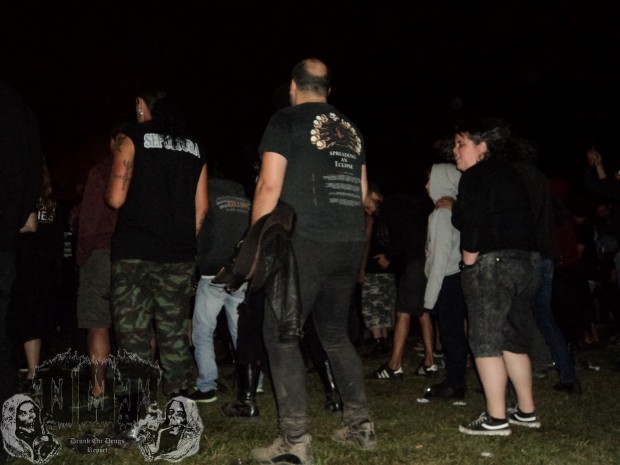 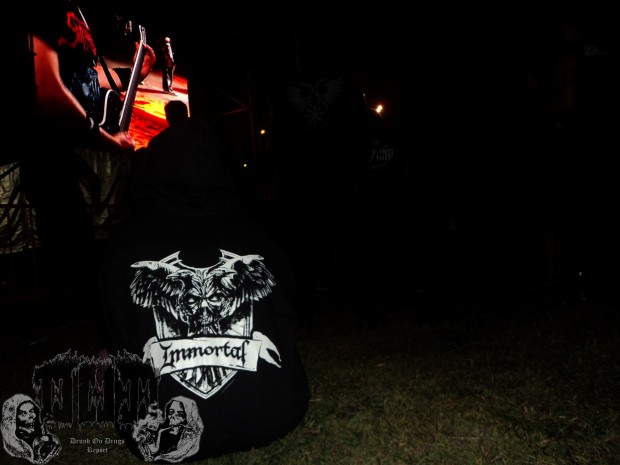 Warning: Beware of the pleb stampede! Every single little metal boy and girl ran inside because it was time for the folk party.

“Korpiklaani” rushed the stage and so did all the pseudo Viking and Celtic Portuguese fans, it was more of a dance contest than a metal show… everyone was staring at each other like “yeah my two step moves are way better than yours you little poser” all of this while wearing their bootleg shirts they bought for 5 euros from some gypsy at a medieval fair. The gig would have been far better if the crowd wasn’t turning it into a fashion contest which I clearly won without even fucking trying!

1, 2, 3, 4 PORRA CARALHO! It was “Soulfly’s” time to shove some heavy shit into the fest and damn right they did, with those amounts of cocaine and swearing… it clearly was the heaviest piece of the festival or at least of the day I bothered to pay for.

It was especially fitting when the song “Porrada” came out and the dude in the Spiderman outfit started getting beat up for trying to elbow everyone else’s face, that was some mosh pit justice right there… but the fucking dust in the air made it horrible for anyone trying to get a closer look at the band’s performance.

To sum up “Powerwolf’s” turn… “Amen and attack”, the rest of the songs were out of sync and out of tune, the dust from the shit venue clearly wasn’t only bothering the crowd but also the bands, especially when clean singing becomes impossible if you have to cough midway through your lines.

Finally, the band everyone with a little bit of music knowledge came to see, the great “Batushka” made everyone wait almost an hour for their gig to start and the little butt hurt fuckers in the crowd either went to sleep or didn’t know what they were about to miss. Just for the record, they usually do this when they are playing right after a more “headbangable” band…giving everyone enough time to cool down and change their state of mind.

When they started, it was time for some bad trips and to get your black metal mood on. They played their first full length record with the dark and evil atmosphere they are known for… and holy fucking shit, wasn’t it the best show of the day? It damn right was, what a fucking ceremony!

Our conclusion of Vagos Metal Fest is that they are trying hard to be the best festival in the country, like they claim to be… but they still lack basic camping conditions* and the prices of the drinks were too damn high! If you’re there for the shows you’ll even have to deal with the bad sound work and the extremely rude security guards that would check out your girlfriend’s ass right in front of your face (possible beer bottles shoved up there).

*It would also help if the camping spot wasn’t a breeding ground for mosquitoes and the surrounding waters didn’t smell worse than the bathrooms which weren’t being cleaned at all.