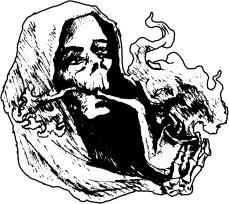 People are getting really depressed after hearing the news that Cave 45 is closing, so Maus Hábitos made a smart marketing move and decided to pump up the jam by giving everyone what they wanted: some sick powerviolence shows that made me and almost everyone else in there beg for one more song.

The first band called “Ghettö”  came from France to show us how it’s done, putting up with some fast paced quality music that made me want to dance and kick someone right in the face. This is the type of band that puts on a 10 minute show and leaves you feeling so full of energy that you don’t want it to end.

The vocals were on point, their drummer was sick as fuck, giving us everything on that stage and the crowd was really digging it. I think I saw someone crying when the show was over.

Then was time for the British “Boak” to hit the stage. Their edgy attitude matched them properly and violent riffs floating in perfect sync with the drums were spot on.

This two man show really pushed people over the edge and after 20 seconds into their performance you could really feel a warm wave of happiness and bliss take over the room… people jumping and dancing, going insane, clearly digging the amazing beats.

By the time it was over, everyone was begging for one more song AGAIN, making this such a memorable show for those who appreciate some raw, almost light speed incredible powerviolence grindcore.

I sure hope that Maus Hábitos keeps on bringing us some awesome underground bands, it was a great move and it didn’t disappointed me or anyone else that went to go be a part of this amazing show. 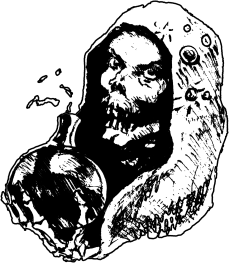