“Warning, the man who wrote this report believes that classic heavy metal is dad rock, which he hates deeply. He insists that they are stuck in the past and that their music has been done a million times. I will leave those comments to him, do not take him seriously.”

Is it a bird? Is it a plane? Nooo! It’s something way more basic than that, it’s another heavy metal night at Cave 45!!!

Thankfully, it’s the last time ever! Good riddance to you cave 45 and all the wasted nights I spent in that reeking basement listening shitty music… So much shitty music, oh my god.

As if it weren’t bad enough already, most of these shitty bands I have already seen in the past. Which meant I already knew this was going to suck extreme balls even before I got there.

The shit show started off with “Soul Doubt’s” gay teen thrash metal. I don’t understand why people get so excited about these guys, is it because the vocalist looks like Ronaldo? Fucking Ronaldo. These guys sucked balls as usual.

Seriously though, it looked like the rest of the band wanted to start a band but didn’t have a sexy looking stud of a front man so they went to a brothel and got themselves a ladyboy. How these idiots opened for Entombed, I’ll never know…Essentially I do, Entombed is garbage, that’s what the A.D. stands for. 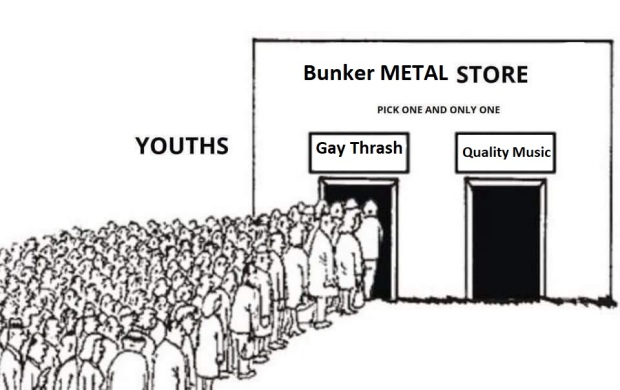 Next up was some fresh shit that I had never suffered through before, “Lyzzard”! Another one of those bands to whom I say fuck you with your damn dots over the letters, you are not motorhead.

The vocalist looked like one of Bruce Dickinson’s abortions and to that I say, you are also not Iron Maiden.

The bassist however was very enjoyable, yes. Jumping all over the place, very good indeed. A bad choker I must say though.

The music was worse than the previously mentioned trash bands (yes, trash bands) but the audience swallowed their cumloads like starving thots. How hideous. 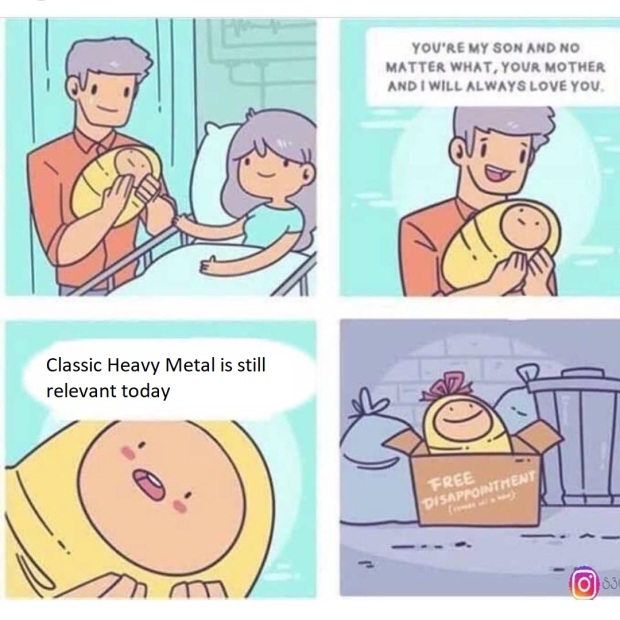 Finally the end approached with “Wanderer”…again…SIIIIIGH! Haven’t I seen these bastards enough? When will they die? Fuck!

Whatever… the show was total ass, a continuation of Lyzzard but without the jumping around, just those choreographed guitar moves that I’ve NEEEEVER seen ANYWHEEEERE else in my life just like EEEVERY other fucking riff that came out of those speakers the WHOOOLE night.

It’s done, it’s dead, bury it, really deep, as deep as you can dig and then we can use our turd piles as tombstones.

This goes for Cave 45 as well. I know there will be many more nights that I will need to trash talk about, but I feel my weekends opening up already (and my anus, I feel it, can you feel it?). BYE Cave 45 forever and ever!

Oh, and here is partyboy’s terrible video of the event with members from both headliners blocking the shot of the first band.